Most of this site's functionality requires JavaScript to be enabled.

We are open from 10:00am to 5:00pm Monday to Saturday, closed Sundays.
Due to the lockdown no customers are allowed into the store. You can order online, by phone or email, and pickup in person or have us deliver locally or ship further afield. Payments can be done over the phone prior to pick up, or at the door.
A mask is still required to enter the vestibule area of our store when doing a curbside pickup.
Thank you so much for your patience and all your wonderful support during this past year.
We are truly blessed!
Stay safe!

Our Book Club runs from September through to May each year, taking a break every December and over the summer months. It meets at 7:30pm on the last Wednesday of the month at The Edinburgh Retirement Residence (in the Penthouse on the 8th floor).
Our group reads a mixture of fiction and non-fiction and great care is taken by our club leader, Jill, when selecting titles for members to read and discuss. As an added bonus, each book club selection is available in-store for 20% off in its featured month! 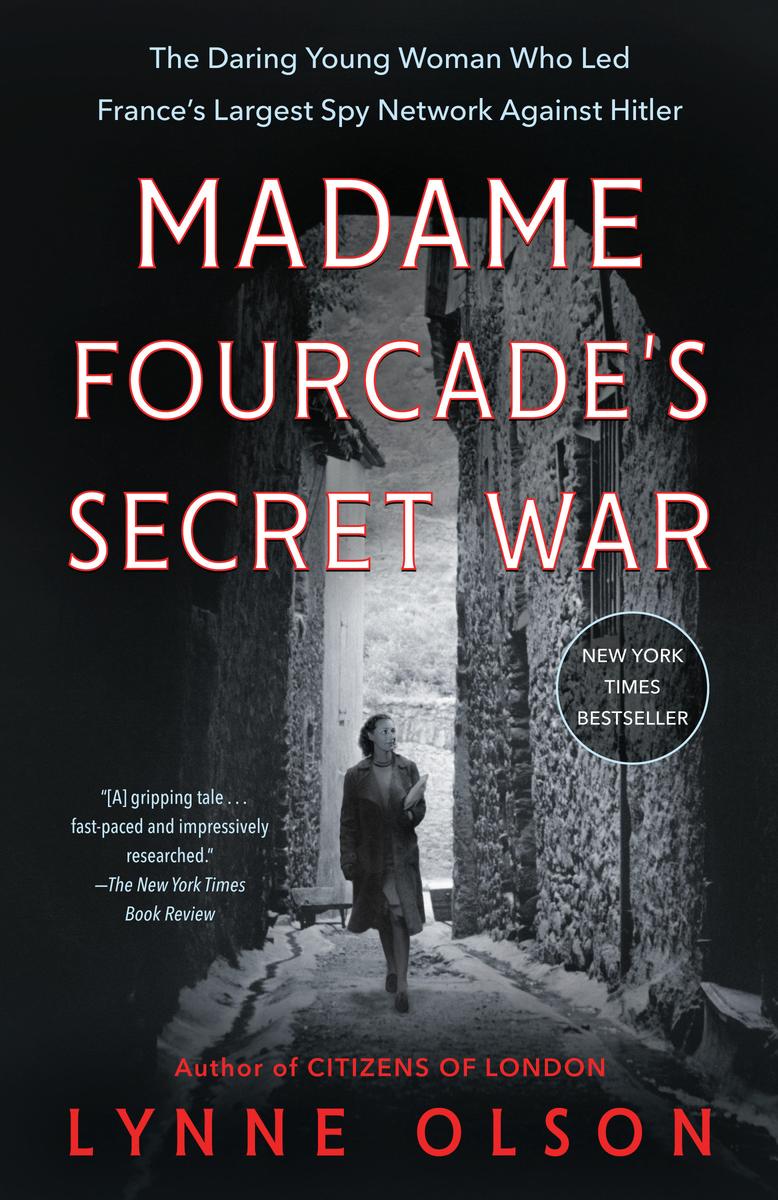 NEW YORK TIMES BESTSELLER • The little-known true story of Marie-Madeleine Fourcade, the woman who headed the largest spy network in occupied France during World War II, from the bestselling author of Citizens of London and Last Hope Island

“Brava to Lynne Olson for a biography that should challenge any outdated assumptions about who deserves to be called a hero.”—The Washington Post

In 1941 a thirty-one-year-old Frenchwoman, a young mother born to privilege and known for her beauty and glamour, became the leader of a vast intelligence organization—the only woman to serve as a chef de résistance during the war. Strong-willed, independent, and a lifelong rebel against her country’s conservative, patriarchal society, Marie-Madeleine Fourcade was temperamentally made for the job. Her group’s name was Alliance, but the Gestapo dubbed it Noah’s Ark because its agents used the names of animals as their aliases. The name Marie-Madeleine chose for herself was Hedgehog: a tough little animal, unthreatening in appearance, that, as a colleague of hers put it, “even a lion would hesitate to

No other French spy network lasted as long or supplied as much crucial intelligence—including providing American and British military commanders with a 55-foot-long map of the beaches and roads on which the Allies would land on D-Day—as Alliance. The Gestapo pursued them relentlessly, capturing, torturing, and executing hundreds of its three thousand agents, including Fourcade’s own lover and many of her key spies. Although Fourcade, the mother of two young children, moved her headquarters every few weeks, constantly changing her hair color, clothing, and identity, she was captured twice by the Nazis. Both times she managed to escape—once by slipping naked through the bars of her jail cell—and continued to hold her network together even as it repeatedly threatened to crumble around her.

Now, in this dramatic account of the war that split France in two and forced its people to live side by side with their hated German occupiers, Lynne Olson tells the fascinating story of a woman who stood up for her nation, her fellow citizens, and herself.

“Fast-paced and impressively researched . . . Olson writes with verve and a historian’s authority. . . . With this gripping tale, Lynne Olson pays [Marie-Madeleine Fourcade] what history has so far denied her. France, slow to confront the stain of Vichy, would do well to finally honor a fighter most of us would want in our foxhole.”—The New York Times Book Review

May Book
All Meetings Cancelled Until Further Notice

"A bold and subversive retelling of the goddess's story," this #1 New York Times Bestseller is "both epic and intimate in its scope, recasting the most infamous female figure from the Odyssey as a hero in her own right" (Alexandra Alter, The New York Times.

In the house of Helios, god of the sun and mightiest of the Titans, a daughter is born. But Circe is a strange child -- not powerful, like her father, nor viciously alluring like her mother. Turning to the world of mortals for companionship, she discovers that she does possess power -- the power of witchcraft, which can transform rivals into monsters and menace the gods themselves. Threatened, Zeus banishes her to a deserted island, where she hones her occult craft, tames wild beasts and crosses paths with many of the most famous figures in all of mythology, including the Minotaur, Daedalus and his doomed son Icarus, the murderous Medea, and, of course, wily Odysseus. But there is danger, too, for a woman who stands alone, and Circe unwittingly draws the wrath of both men and gods, ultimately finding herself pitted against one of the most terrifying and vengeful of the Olympians. To protect what she loves most, Circe must summon all her strength and choose, once and for all, whether she belongs with the gods she is born from, or the mortals she has come to love. With unforgettably vivid characters, mesmerizing language, and page-turning suspense, Circe is a triumph of storytelling, an intoxicating epic of family rivalry, palace intrigue, love and loss, as well as a celebration of indomitable female strength in a man's world.